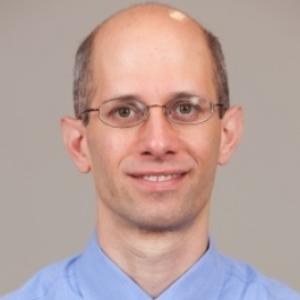 My formal training is in bio-inorganic chemistry (Ph.D., The Ohio State University, 2000). I first utilized protein mass spectrometry during my thesis work, which in part focused on the characterization of protein-bound dinitrosyl-iron complexes. I came to Duke as a postdoc in 2000 to study the regulation of protein function by S-nitrosylation. During my post-doctoral training, I used mass spectrometry-based proteomics to identify S-nitrosylated proteins as well as to map specific sites of S-nitrosylation within target proteins.

I have been on the staff of the Duke Proteomics and Metabolomics Shared Resource since 2010. I enjoy the collaborative environment of our facility as well as participating in all facets of proteomic projects, including experimental design, sample preparation, data acquisition and analysis. In addition to participating in numerous discovery-based proteomic studies, I have also helped to develop and deploy a number of targeted proteomic assays, mainly focused on targets that lack available antibodies (e.g. non-synonymous variants and spliceforms; respiratory viruses; yeast proteins; and phosphopeptides). I have also helped to bring several cell culture-based techniques into the facility, including: stable isotope labeling with amino acids in cell culture (SILAC); and metabolic labeling with azidohomoalanine (AHA) for identification and quantitation of newly-translated proteins

In addition to the study of nitric oxide-based signaling, my most recent (externally-funded) research efforts have focused on the proteomic analysis of airway- and lung-derived cells, fluids and tissues. These have included: discovery-based (biomarker driven) proteomic analyses of airway lining fluids in environmental exposure, lung fibrosis and asthma; and an integrated analysis of proteomes and secretomes in a 3D organotypic model of flavoring-induced epithelial injury. I am active in the Proteomic and Metabolomics Working Group of the American Thoracic Society and helped to organize a workshop on “New Strategies and Challenges in Lung Proteomics and Metabolomics” in 2016.